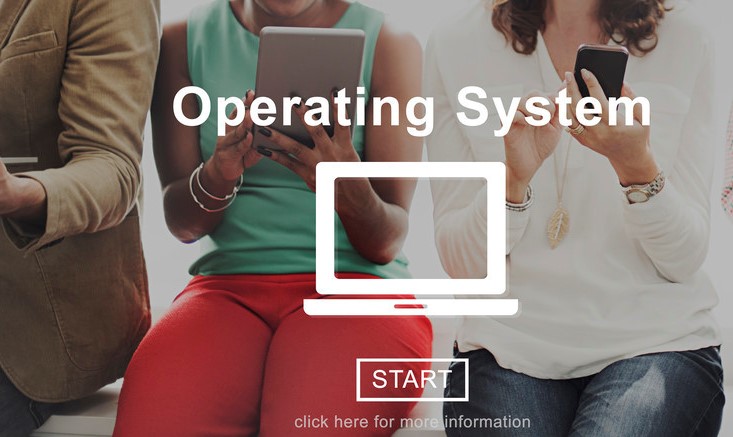 Apple is a great brand for consumers, along with the iPhone, iPod, iPad as a symbol of world technology. We show for the luxury and sophistication.

So have you understood about this operating system yet?

Do you have enough information about its functions?

Let’s explore and explore together!

The first question that most people will want to know is how the operating system iOS. iOS is the operating system on Apple’s devices. iOS is the operating system on Apple’s mobile devices. Initially, only OS to run on iPhone iOS development (also known as iPhone OS operating system), which was later extended for use on other devices like iPod touch, iPad. Features of iOS is the manipulation performed on the user interface by hand, users can interact with the OS through a lot of hand gestures on the touch screen. Moreover, iOS is a closed-source operating system, first announced at Macworld Conference and Exhibition on January 9, 2007 and officially released in September of the same year. On October 17, 2007, Apple announced a software development kit it was building and intended to bring to app developers. On May 31, 2011, Apple’s App store had about 500,000 iOS applications with nearly 15 billion downloads. According to statistics in the first quarter of 2017, iOS captured 13% of the world’s smart device market and was second only to Android. That contributes to help iOS mark its solid position in the technology village.

Each platform will have a market share of private consumers, iOS, too, it comes from a great brand and has many lovers. There are many reasons that users often choose the iOS operating system to cater for work, learning and leisure. First, the nature of the operating system “closed”, the security is high on the job. When you forget the password to unlock the screen, or no password iCloud, your iPhone like a “brick”, this is especially useful in case the phone is lost. If including critical data, there is no fear of being revealed. With nature “closed” iOS, some people think that it only serves to security issues and work but is not. According to statistics in 2014, reaching 1.21 million applications iOS compared with 1.43 million of the Android app. Suggesting that the pace of development of iOS apps are not inferior Android, even marginally better in terms of quality and user experience. Besides, iOS is Apple’s proprietary operating system so their devices have very good data synchronization capabilities. In other words, you are playing games on an iPhone and then syncing through an iPad to experience the game better, all data is still stored at the last moment, very convenient.

Moreover, the usage time of iOS devices is longer than other platforms in the market, as simple as the iPhone 5 after three years of launch is still not outdated. That’s the reason why the quality of every Apple device has a very high value for use, along with the ability to update great new technology, whenever the iOS operating system has a new version, it immediately updated for most devices with the right configuration. Nowadays, most young people tend to use Apple’s device more and more. They think that it has a smart operating system and it can help them do everything they want. Modern technology is gradually improving, so we need to have a mobile phone with many extensive functions. We can use it for work, study and entertainment everyday. Apple’s devices have many exciting applications, student can learn and improve their knowledge everywhere. Besides, researchers also design many entertainment apps, so people can relax or play game when they have free time.

In addition to the aforementioned benefits, this operating system also has some limitations that make users feel uncomfortable to use. One of the annoying things reflected from many users is that all data exchange connection activities must be through iTunes and it is inconvenient and time consuming for users. iOS is only installed on Apple devices, but the price of these devices is not suitable for the income of most Vietnamese people. It seems that the only way for Apple believers to own a new iOS device is to wait for a newer device to come out with discounts for old devices to buy it. In fact, some applications can be only downloaded on App Store and others will be limited. We will have applications that are designed specifically for the iOS operating system, so you will not be found on any device or any other operating system.

In summary, if you are like the device is stable and secure, together with compliance with the set available by the manufacturer, the iOS platform is a choice extremely perfect for the experience about work and study. You should also equip yourself with the knowledge of electronic devices to avoid damage when experiencing applications or services. iPhones in particular and Apple devices in general always create new applications and features that suit the needs and preferences of customers, giving them the best experience.

HOW DO YOU THINK ABOUT IOS AND ANDROID ?